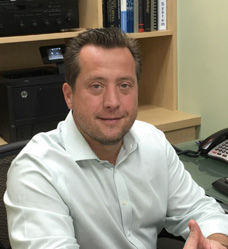 “As an orthodontist, I have the ability to change a person’s life in a positive way. A straight smile is not just aesthetically pleasing, but it can also boost a person’s self-confidence. I really feel that orthodontists are blessed, since patients come to us in most cases because they want to, not because they have to. It’s great to be an orthodontist, as I genuinely enjoy helping my patients on their journey to achieving an awesome smile!

“I love what I do and truly care about my patients. It is my privilege to provide orthodontic care to such a fun, up-beat group of people!” – Dr. Supplies

Dr. Supplies, a native of Berlin, Germany, graduated with honors from Mars Hill College, North Carolina with a Degree in Biology. During his college education, he received numerous academic awards and scholarships as a result of his continuous pursuit for academic excellence. He completed his dental training at the Boston University School of Dental Medicine.

In addition to graduating at the top of his class, Dr. Supplies received numerous awards while attending Boston University, including the Omicron Kappa Upsilon Award for clinical excellence in the field of dentistry, the Academy of Operative Dentistry Award, and was named to the Dean's List for academic excellence. He was also the recipient of the Boston University School of Dental Medicine Merit Scholarship and was a member of the National Dental Honor Society.

After graduating from Boston University in 1994, Dr. Supplies continued his studies in the dental specialty of orthodontics and dentofacial orthopedics. During his two years of orthodontic training, he completed a research project studying the effect of frictional resistance during orthodontic tooth movement and compared the clinical efficiency of three commonly used orthodontic brackets. Dr. Supplies received his Certificate of Advanced Graduate Study in Orthodontics from Boston University in September 1996.

Dr. Supplies and his wife, Dr. Margaret Supplies, a general dentist, reside in Carlisle, Massachusetts with their two sons, Soren and Bjorn, who are both avid soccer and lacrosse players. In addition to spending time with his family and friends, Dr. Supplies enjoys photography, cars, tennis, soccer, windsurfing, and traveling. 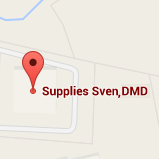